Teenage gaming and internet addiction is a serious problem that affects thousands of teens, especially boys. The symptoms of teenage gaming addiction are similar to those of other process addictions or behavioral addictions. Process addictions involve behaviors—such as shopping, using social media, or exercising—that have the same effect on the brain as alcohol or drugs. They activate the brain’s reward center, releasing the “feel-good” chemical dopamine. This creates a craving for the behavior and a compulsion to continue it. Therefore, kids addicted to video games feel an uncontrollable urge to continue playing. According to the University of New Mexico, recent studies suggest that 6 to 15 percent of all gamers exhibit signs that could be characterized as addiction. Though this disorder can have significant consequences to those suffering from it, its signs and symptoms can sometimes be very difficult to recognize. 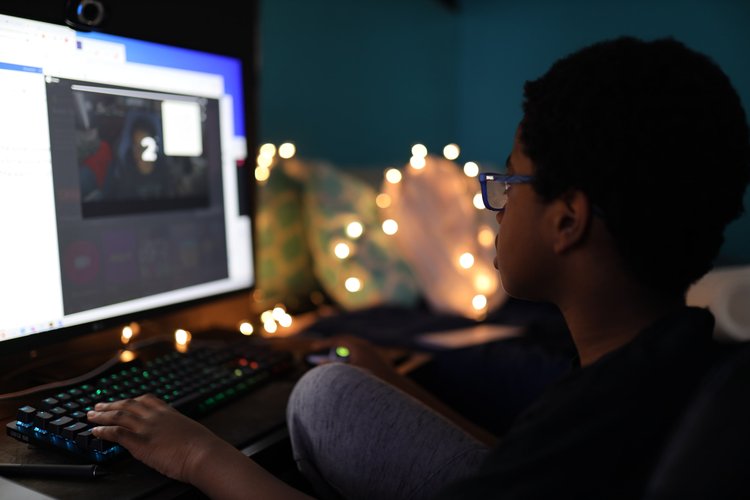 A gaming addiction should be considered by parents, educators and medical professionals whenever a teen is engaging in the behavior of playing video games excessively. Because it is relatively new, there has been little information available to help guide parents and caregivers to know whether or not their child’s overuse of video games qualifies as an addiction. One recent study has provided evidence that gaming addiction does occur in teens and can affect a variety of critical areas including academic performance, mental health, self-esteem and social skills.

The Effect of Video Game Addiction are Real

Teenage video game addiction is a serious problem that requires treatment and professional help. Many times therapeutic programs is a necessary solution, and while immediate steps such as limiting screen time, removing game consoles and phones from bedrooms, and setting strict limits on the number of hours allowed can help prevent teenage video game addiction, the sooner you start a residential treatment program, the better your chances of recovery. It is known that excessive gaming can produce symptoms of a depressive disorder. Fewer participants believed that they were addicted to the games due to the evidence of addiction symptoms. It is less clear whether excessive gaming has specific psychological or physical consequences, or whether it is simply a subtype of another condition.

A study by Sarah M Coyne on Pathological video game symptoms from adolescence to emerging adulthood: A 6-year longitudinal study of trajectories, predictors, and outcomes :The aim of this study was to examine trajectories of pathological video game symptoms over a 6-year period from adolescence to emerging adulthood. We also examined a number of predictors and outcomes for different trajectories. Participants included 385 adolescents (M age = 15.01 at the initial time point) who completed multiple questionnaires once a year over a 6-year period. Analyses showed there were 3 distinct trajectories. Approximately 10% of adolescents (called “increasing symptoms”) showed moderate levels of pathological gaming symptoms at the initial time point and then increases in symptoms over time. Conversely, 18% of adolescents (called “moderate symptoms”) started with moderate symptoms that did not change over time. Finally, 72% of adolescents (called “nonpathological”) were relatively low in symptoms across the 6 years of data collection. Being male predicted both the increasing and moderate groups. The increasing group tended to show the worst outcomes over time, with higher levels of depression, aggression, shyness, problematic cell phone use, and anxiety than the nonpathological group, even when controlling for initial levels of many of these variables

Research shows that setting rules about gaming tends to backfire when the limitations are too restrictive and don’t allow kids autonomy in their decision-making. A contract that teens are willing to abide by is more productive for families. Moving boys toward explorative, social, and problem-solving games may reduce the risk of gaming disorder.